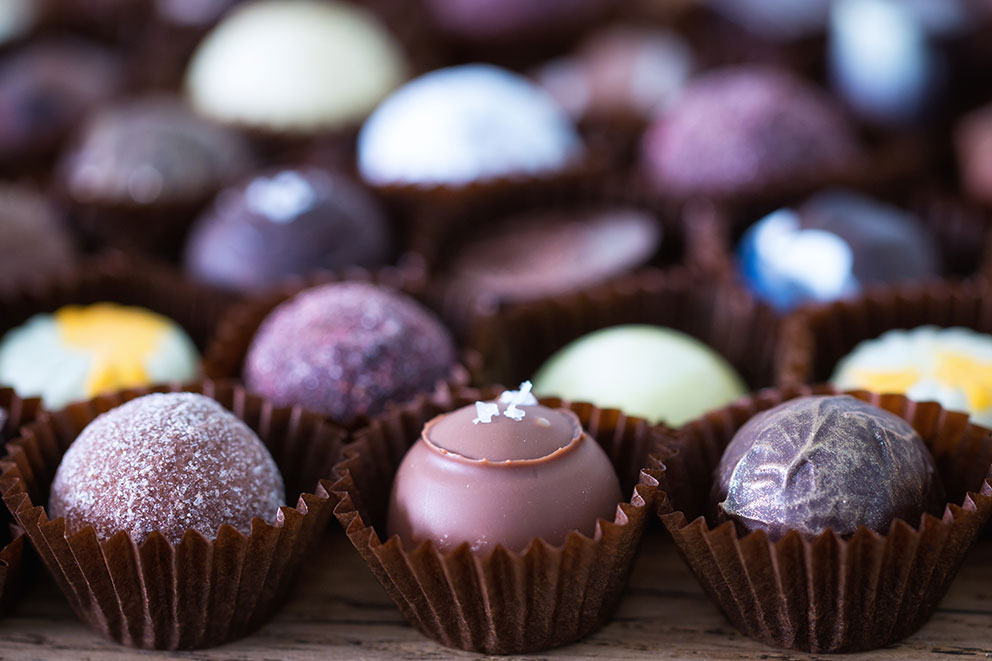 The White Rabbit Chocolatiers is a perfect fit for the Real Food Hub because it is a family run business that hand produce, award winning, mouth-watering delights.

“What really drives us is being able to offer a little affordable luxury – a place where people can take a little time out for themselves, either individually or as a family, and experience something luxurious on their palate”

The Company is named after a 14th entury stone carving within St. Mary's Church situated in the centre of Beverley, which is said to be the inspiration for the White Rabbit character in 'Alice's Adventures in Wonderland'. This connection is quite appropriate because Sally has created her own chocolate wonderland right in the centre of Beverley and you don’t have to fall down a rabbit hole to get there.

Furthermore, in addition to the kitchen and shop being in the same location, there is also the dream of every chocoholic – a café devoted entirely to indulgence in all things chocolate. The venue is managed by son Edward and is a chocolate heaven, with a wonderful range of handmade tasty delights, as well as White Rabbit's own signature blend of coffee.

All of the creations that Sally produces are exclusive to her chocolate wonderland, so if you want to try some chocolatey delights then look no further than The White Rabbit Chocolatiers.

There have been many accolades and awards over the year's. Most notable was Sally's Signature Chocolate; the Blackcurrant with Juniper Dark Truffle, which won the 3 Star Great Taste Award in the Bronze Academy of Chocolate Awards.

In total they have won 16 Great Taste Awards, including a 2014 Great Taste Top 50 and Golden Fork Nomination (Best Speciality in the North of England), and two bronze Academy of Chocolate Awards.