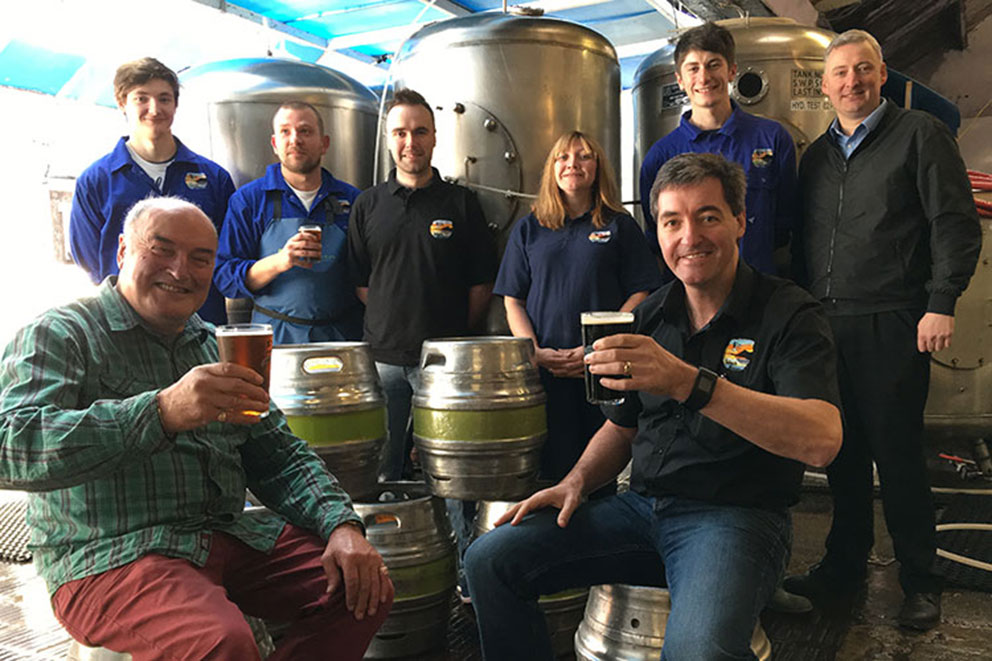 Their real ales are hand crafted with the local palate in mind, and to exacting standards. They take great pride in the production of their beers which are brewed traditionally, with no concentrates, colourings or extracts and with an accent on the taste of yesteryear.

Designated an Area of Outstanding Beauty in recognition of the awe inspiring landscape, the Solway coast is a unique landscape, shaped by the sea, the wind, and the people who have lived there. This beautiful estuary is where the Henderson family are lucky enough to call home and where they brew their wonderful Sulwath beers.

Jim Henderson (founder of Sulwath Brewery) was once a frustrated bank manager until he discovered his wheat and barley calling way back in 1995. With a spring in his step he left his oppressive bank and cut himself free from the shackles of fiscal management to live on the natural banks of the Solway Estuary.

When was the last time you savoured the aroma of a Sulwath natural beer, or tasted its wholesome flavour?

Their real ales are hand crafted and to exacting standards. They take great pride in the production of their beers which are brewed traditionally, with no concentrates, colourings or extracts and with an accent on the taste of yesteryear.

The name "Sulwath" is the ancient name for the Solway Estuary which is also a wildlife reserve. It is well known for the migratory geese, who live in the Arctic Circle during the summer and then fly 2000 miles, to "winter" with the Henderson family on the Solway Estuary.

It is because of this close connection with nature and the wildlife, that the Sulwath Brewery logo has two geese flying over a nearby mountain range.

They have won several awards, the most recent two being Champion Porter of Scotland, for their Black Galloway and they were also awarded a Silver Award at the CAMRA Winter Beer of Britain.

Orders are dispatched within 3 working days of order.